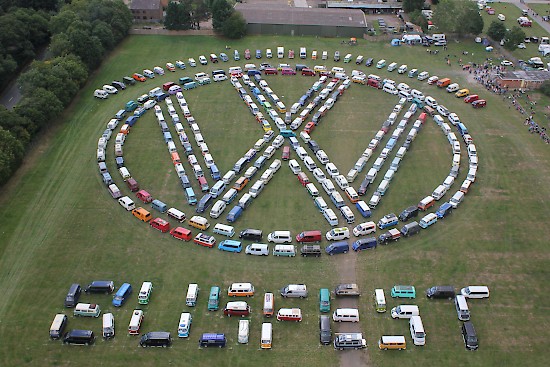 We like to supply a good range of SPECIAL DISPLAYS & we don’t mind what are in them providing it is something to do with Transporters. 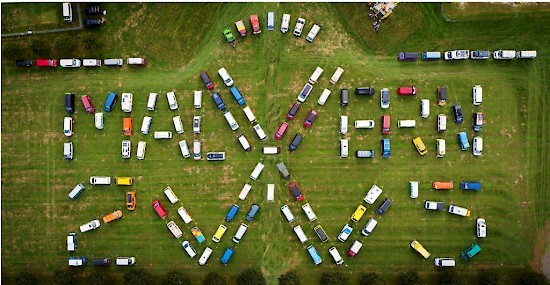 We will continure t to make much better use of the space available and give everybody a bit more room to move (and look) at some of the fantastic stuff that will be now be going on in that area.

That will still include our (traditional) SYNCRO ZONE but this year will also include an AIRCOOLED ZONE which will be in this area as well.

We have the following outdoor “DISPLAY” Categories. ;

The Busfest SYNCRO ZONE is the largest gathering of VW T3 Syncro's in the UK. 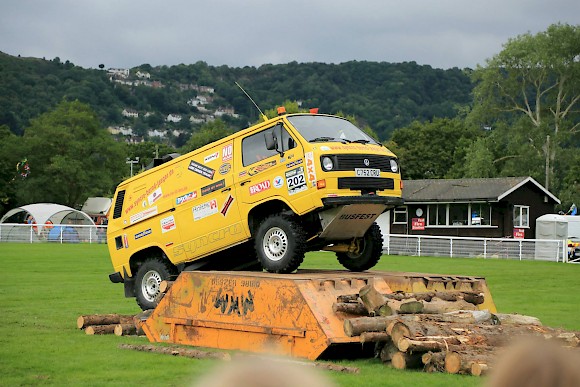 Every year lots of you ask “What is the DISPLAY THEME” going to be this year?

Evening Entertainment wise we leave it up to you to make your own minds up as to what (or who) you want to be based on the numerous different entertainment areas we have on site.

As BUSFEST is still (primarily) an event for VW Transporters we do try and do a lot of things bases around our buses. We have had in the past a “VANCY DRESS” competition for vehicles and their owners, which we would dearly like to relaunch if we could get enough interest.

BUT, Sadly it seems to be very difficult (as is usually the case) to get many owners of these vehicles to commit themselves to doing any sort of displays to celebrate these anniversaries

We have decided that we will scrap the idea of even trying to do any additional individual displays (EXCEPT our usual well established ones that are usually well subscribed to; Syncro Zone, Split Screen Alley & Bay Street, and our indoor displays inside the Avon Hall; Well Travelled Transporters, Alternative Engines)

We will be doing a VEHICLE based & THEMED display on the Saturday (possibly also on the Sunday if there is enough take up) in the NEW OUTDOOR DISPLAY area at the MAIN ARENA. This display which does not discriminate between the different types of transporter is open to EVERYONE who wants to take part.

We are keen to (Also) eventually get a good selection of T4’s, T5’s and T6’s into this display. (Something we have not previously managed to fit in at Busfest other that for the Show & Shine).

Most of you use your VW Van for one of these things, some of you might event be lucky enough to have one that is used for all three!

So, don’t be shy, bring your van along to the display area at the MAIN ARENA on Saturday (Before 10.00) and lets see if we can kick this thing off. We will have areas for all types of VW Transporter (and an area for non VW’s)

The one proviso is that we do need to know you are coming so that we are able to make sure we have the right amount of space available. So please pre book, either using the downloadable form on the website/Facebook pages, or check into BUSFEST INFORMATION when you arrive on the FRIDAY

We also have a VEHICLE DISPLAY area inside the AVON Hall. 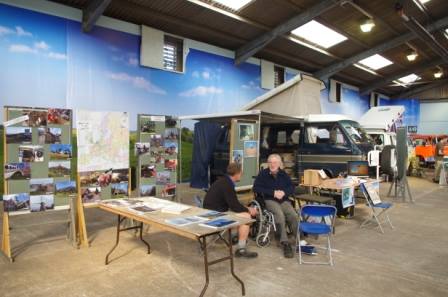 This is where we hold the following displays;

We are appealing to ALL CLUBS and interested groups of van enthusiasts, to come up with vehicles for our BUSFEST DISPLAYS.

If you have turned up in a particularly interesting vehicle or would just like to show off your pride and joy, then we probably have an area set aside where you can do that. Advance notice would be useful (applications to display@busfest.org ) but we will be able to take some applications on the day providing we know they are coming they turn up at the location by 09.00 (Busfest Information Centre on the Friday if possible)

If you want to take part in a particular display, please send your details to; display@busfest.org

Our SPONSORS (VW South Hereford Garages) will be with us again and will have ALL of the latest VW produces on view and for sale.

BUSFEST is proud to present the biggest gathering of VW 4WD vehicles in the UK (possibly the World!) .

This is where migrating Syncro's & their owners from all over Europe (and beyond) congregate for the weekend & where you will be able to find some of the most fantastic 4WD vehicles ever built for playing around in mud, sand or snow (or just driving normally) ALL in one place

This area has evolved over the years and now contains may other different types of 4WD vehicle as well as Syncros. (Such as LT's , T4' T5 & T6's and even the odd Amorak as well just for comparison!).

In 2019 we opened a fabulous NEW off road play area on the site (as well as our OBSTACLE COURSE) where you will be able to view these amazing vehicles in action at close quarters. 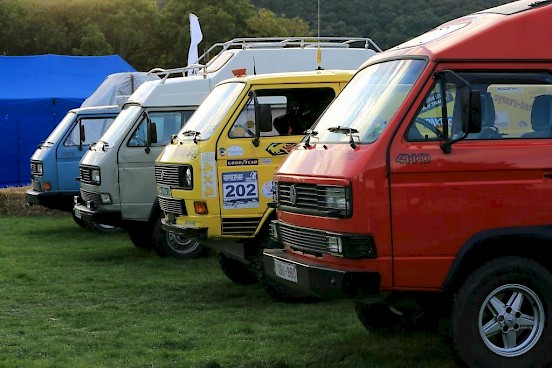 If you are interested in advertising in NEXT years BUSFEST program for a modest fee please don't hesitate to contact us! BUSFEST 2022 PROGRAMME ADVERTISING BOOKING FORM